“We are thrilled to be a part of this new and exciting opportunity for the thousands of children that visit the Hands-on House every year. Due to future retirements and current openings in the industry, it is projected that 900,000 positions will be needed to be filled over the next decade. This exhibit is vital to introducing to today’s youth the many career opportunities available in the industry,” said G. David Sload, ABC Keystone President-CEO. 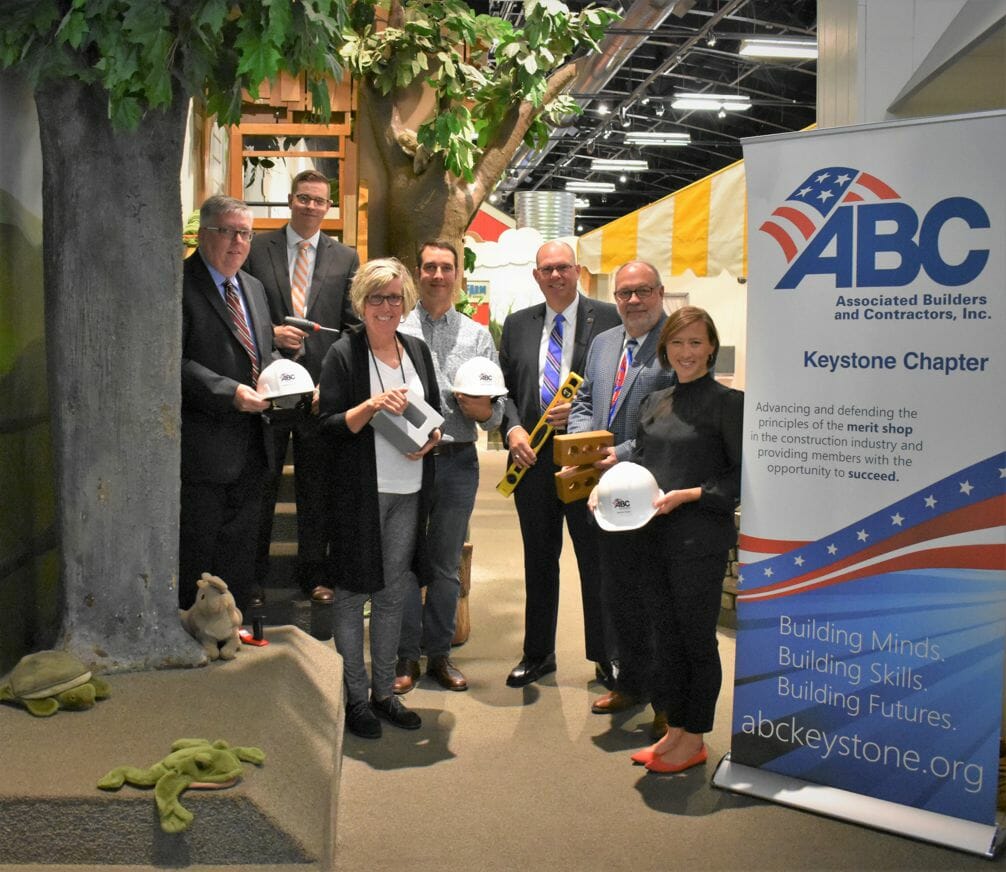 Titled “HOH Construction Co.,” the planned exhibit will allow children and their families to simulate entering a job site, where they will first “STEP Up to Safety” — with the opportunity to put on hard hats, gloves, and vests — and then choose from a set of tools related to their chosen construction trade. As they interact with the many elements of the exhibit, children and parents will learn about the career opportunities provided by the construction industry in addition to education and training paths available such as apprenticeship. ABC Keystone’s apprentices will take part in building much of the structure for the exhibit itself, and elements of this production will be available for children and students to see as they explore the exhibit.

A Hands-on “Build” House, a framed structure in different stages of completion, is planned as the center point of the exhibit, including areas for different trades to be highlighted. This structure is proposed as a multi-floor clubhouse, built at a height that allows parents to interact with their children and discuss with them all that they are learning.

“For more than 30 years, Hands-on House has created landmark learning experiences through play. We are delighted that our partnership with ABC Keystone will provide new opportunities to educate future generations. We look forward to working closely with ABC Keystone to generate and sustain interest in the construction industry and the trades, by giving children and families a hands-on, developmentally appropriate introduction to the jobs that build our community,” said Jim Bland, Hands-on House   Executive Director.

In addition to ABC Keystone, the Building Industry Association of Lancaster County and Clark Associates Charitable Foundation have committed funding to this project as Trade Sponsors.  Hands-on House is seeking community support to fund the project. Multiple opportunities for corporate sponsorship and individual contribution are available.

Our Outreach to schools' program is growing! We're looking to add an enthusiastic educator to the team. Some responsibilities for this role include setting up learning stations, leading class presentations, and guiding student inquiry and discovery. Reach out or share with friends!